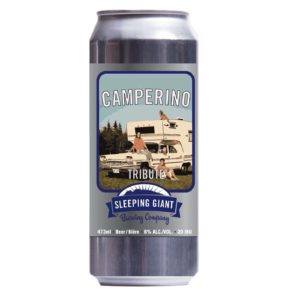 his seasonal beer is brewed each year for International Women’s Collaboration Brew Day, with the help of local women in the community. Camperino is a old school West Coast IPA which throws back to the days of “C” hops. Starting with Cascade and followed by Centennial, Columbus and Chinook, the C hops were the original character of the North American craft beer revolution. Piney, citrusy, resiny and overhopped (but not by today’s standards), 2020 Camperino is our tribute to those craft beer originators.